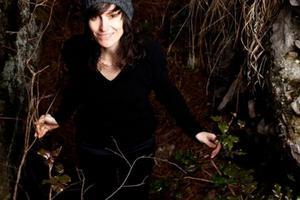 Sienna Dahlen is one of Canada's most versatile and original singer-composer-multi-instrumentalists. She is currently based in Toronto, Canada where she works as a freelance musician and educator. Her music spans folk, jazz and experimental styles and can be heard regularly on both sides of the Atlantic Ocean. Sienna is a graduate of McGill University and the University of Toronto where she finished her studies in 2008 with a Master of Jazz Performance degree. Sienna has been granted many awards from the Canada Council for the Arts and the Quebec Arts Council, as well as the Toronto and Ontario Arts Councils to help produce and diffuse her work. Over the past ten years, she has had the pleasure of touring her music extensively across North America and Europe. In addition, Sienna participated in a three-week creation residency in Patagonia, Argentina in March of 2011 and had the opportunity to present her work in Buenos Aires alongside visual artist, Nadine Bariteau. Sienna plays and records with several high profile groups including The Karl Jannuska Septet (FR/CA) and her own Sienna Dahlen Quartet (CA/FR). In the recent past she has also released collaborative albums with Danish pianist, Mads Baerentzen ("Lifelines") and Lebanese pianist, Wassim Soubra ("Dunes"). In the winter of 2011, Sienna recorded new works by Paris-based saxophonist, Amy Gamlen in a duo setting with Canadian pianist, Dave Restivo. Sienna's newest recording, "Verglas" is set to be released this fall on Justin Time Records. It features Karl Jannuska, Andrew Downing and Pierre Perchaud. Sienna's voice can also be heard throughout the soundtrack of the 2007 Academy-Award winning animated film, "The Danish Poet" (Created by Torill Kove, Music by Kevin Dean).

"Sienna Dahlen has made a beautifully compelling record that is soulful and unique."

"...What an incredible direction for jazz. Excellent singer..and beautiful instrumental work...she sounds like she's got something to say and really knows how to say it. Joni Mitchell should hear her. People would hear a musical/spiritual link between them."

"Dahlen has an extremely alluring voice, one that could sell rainwater in a snowstorm." Pascel-Denis Lussier, All About Jazz